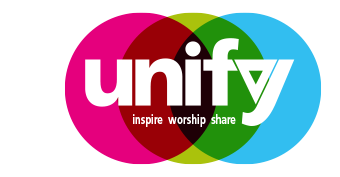 The keynotes will be held by...

In Chad’s role at the YMCA of Central Florida, where he’s served since 2016, he supports the Association’s strategic plan and enhances the member engagement experience. He is responsible for cultivating effective partnerships with community organizations, volunteers and staff. This will sustain the Y’s Christian values through faith-based programming at the Family Centers and create a national model.

For 17 years prior to joining the YMCA of Central Florida team, Chad held the position of Founder and Executive Director of Impact Ministries of Central Florida. Chad managed multiple cause-driven projects that impacted individuals and families in need, by engaging more than 700 volunteers and leading a staff team to serve in their own communities.

Chad also enjoys utilizing his creative strengths and knowledge in technology and social media to engage audiences and deliver his messages. Chad has held previous leadership roles as minister for a local church and past Chairman of the Board for the Youth Ministries Institute. He is currently involved in Central Florida Commission on Homelessness as a Faith-Based Committee Member, serves as a Board Member for Youth Ministry Institute, Cabinet Member for US Mission Network and was appointed to the Florida Faith-Based Advisory Council by Governor Ron DeSantis in 2019.

Chad was raised in Central Florida, where he and his wife of nineteen years, Kimberly, have adopted Faith (2) and Micah (6), and are raising them along with Rileigh (13) and Elijah (16). Chad has a Bachelor’s degree in Business Administration from Belhaven University. He also holds his Ordination in Christian Ministry.

Dave started his Youth Work career with Perth and District YMCA as volunteer through a national volunteering scheme.  He soon joined the staff team as a Youth Worker and then as a Programme Manager where he helped develop and pilot the national Plus One Mentoring programme.  He left YMCA in 2011 to establish Go! Youth Trust which equips churches across Central Scotland to deliver programmes engaging 7 – 25 year olds.

Dave is still heavily involved in the work of YMCA serving as Chairperson of YMCA Tayside.  He also supports a number of other charities and churches across Scotland and the UK.

He has extensive experience in a variety of sectors encompassing Christian ministry, youth work, youth justice and employability.

Dave is married to Cheryll and they live in Maddiston, Falkirk with their three children.

Unify – the YMCA Christian Mission Network in Europe and all over the World
simplisite.ch